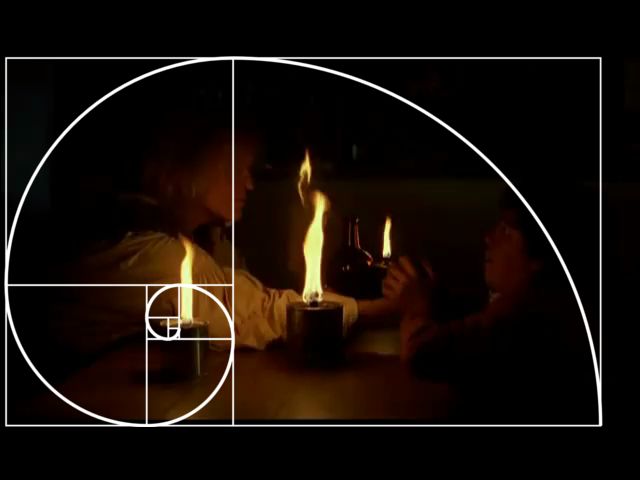 Ok – when I say “Klaus Kinski”, I actually mean Werner Herzog… and I must confess, I’m a bit of a fan.

I’m a particular fan of Cobra Verde… which is every inch a Werner Herzog film… he thinks like a photographer rather than a film-maker. He tends to have these beautiful set-pieces… and the action is either a small part of what happens with these, or the action consists of “bits” that allow the stringing together of big set-pieces. I’m relying on Youtube for Cobra Verde screen-grabs, so my fav scenes aren’t here… but some fairly good examples are. 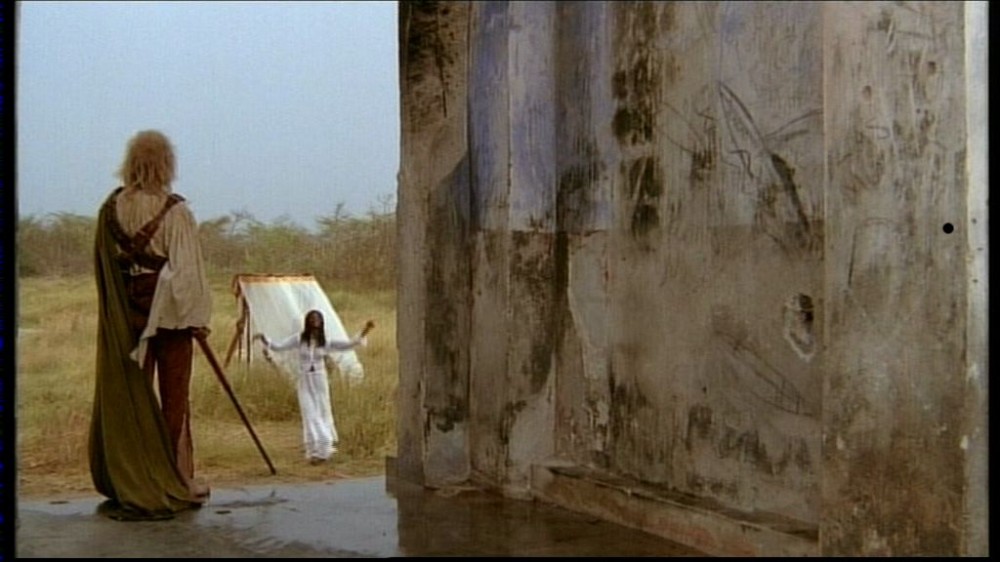 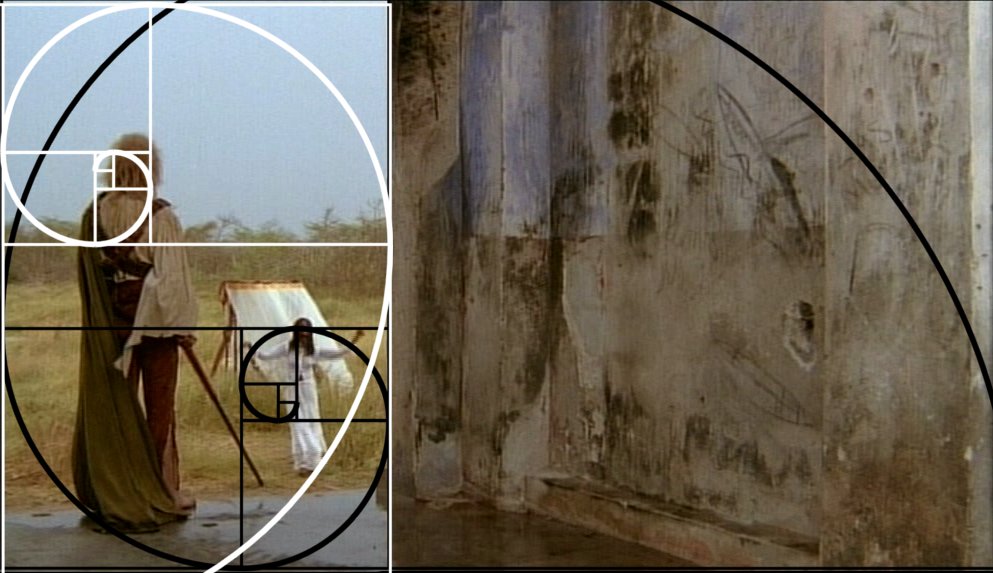 Now I don’t imagine for a second that Werner is actually measuring this stuff – he’s just winging it… and there’s always the rule of 3rds thing, so there are these centers of gravity that aren’t a millions miles away from where you’d expect golden-mean-lines to be… 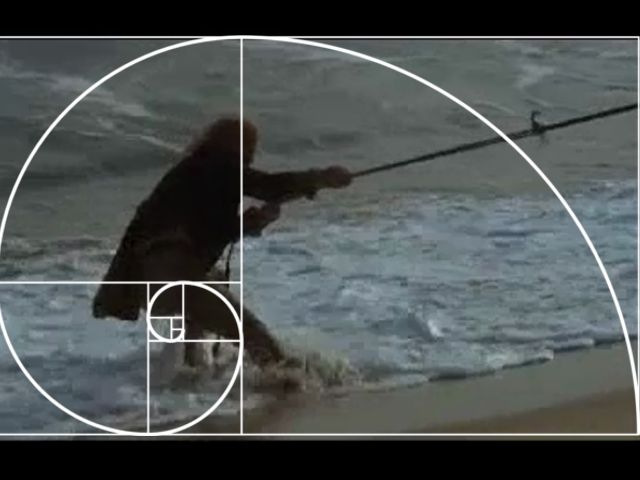 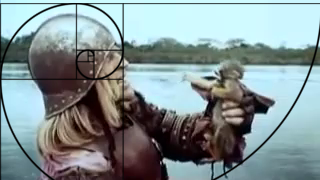 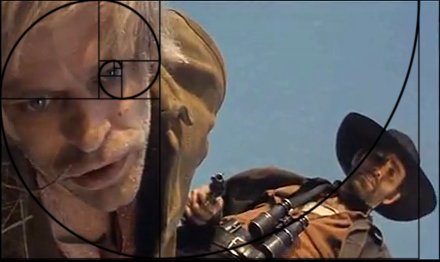 Ok – that last one wasn’t Werner… it’s Der MÃ¶rder des Klans (aka Renegade Gun), directed by Giuseppe Vari, as is this: 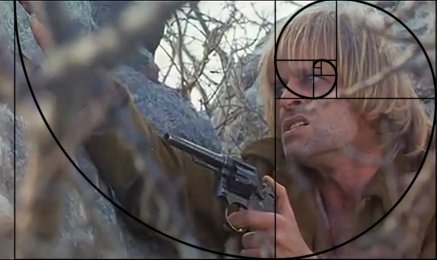 I’m fairly sure that for any movie you find at least one frame within the 130,000 frames that has golden-mean elements… and within a single scene, there are multiple ways of overlaying a fibonacci spiral so it (more or less) conforms… the shot above for example can be tweaked 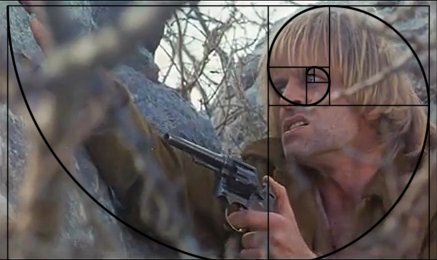 But… these are classic shots… of the 130,000 frames… these are the ones that look great. 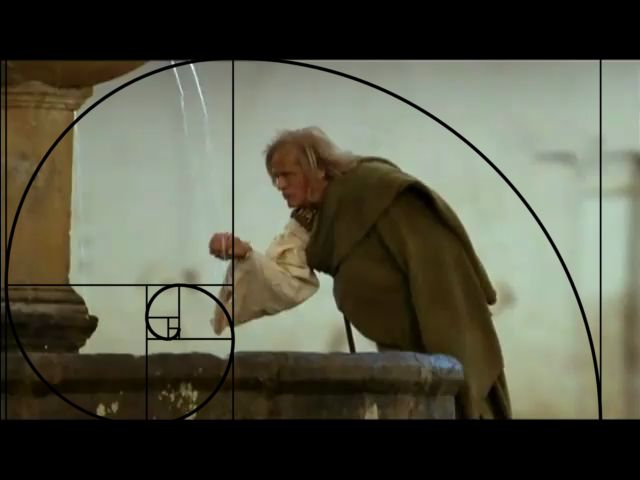 The guy’s an artist.

For what it’s worth… I cast a quick eye over some of Sergio Leone’s stuff as well… because I think he does a similar thing re: set-pieces. He doesn’t really though… apart from the eyeball to eyeball stuff, is shots are a lot busier – and a lot more center-orientated… so I can try to find examples, eg: 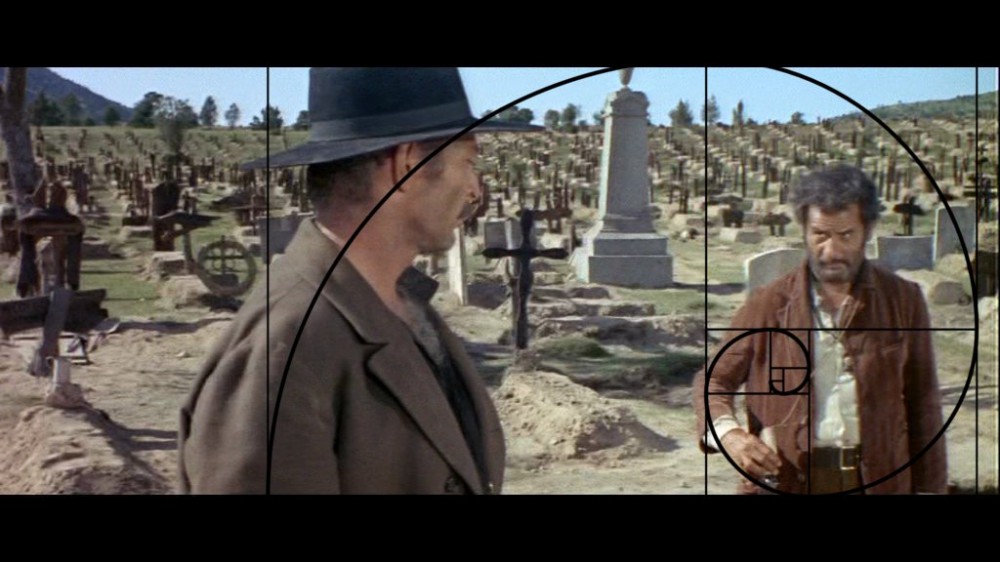 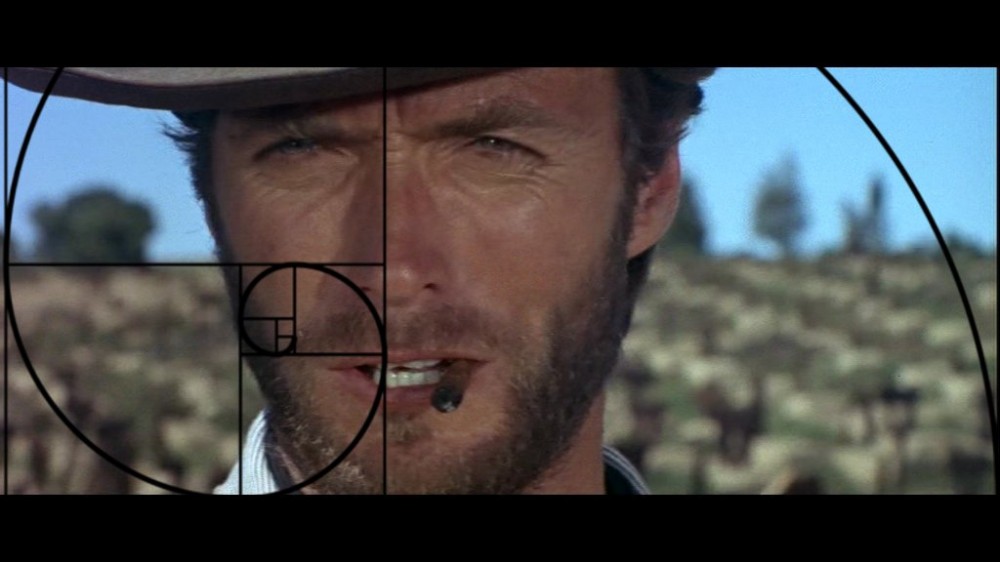 But to me it doesn’t feel the same somehow.

There’s a Michael Bay move on TV right now… Bad Boys II… hate to say it, but he looks like he does it as well.

Trouble with this stuff… is you do tend to develop a confirmation bias… which means after an hour or so of looking for golden means, you start seeing them everywhere… and given the fact that human bodies are made up of them, and the rule-of thirds is used in the majority of film shots… well… everywhere is everywhere.

Still… if you’re making movies and you want to make art that looks kindof classical… there it is. Think like a photographer.