Got these back from Ponoko, the prototyping people yesterday. 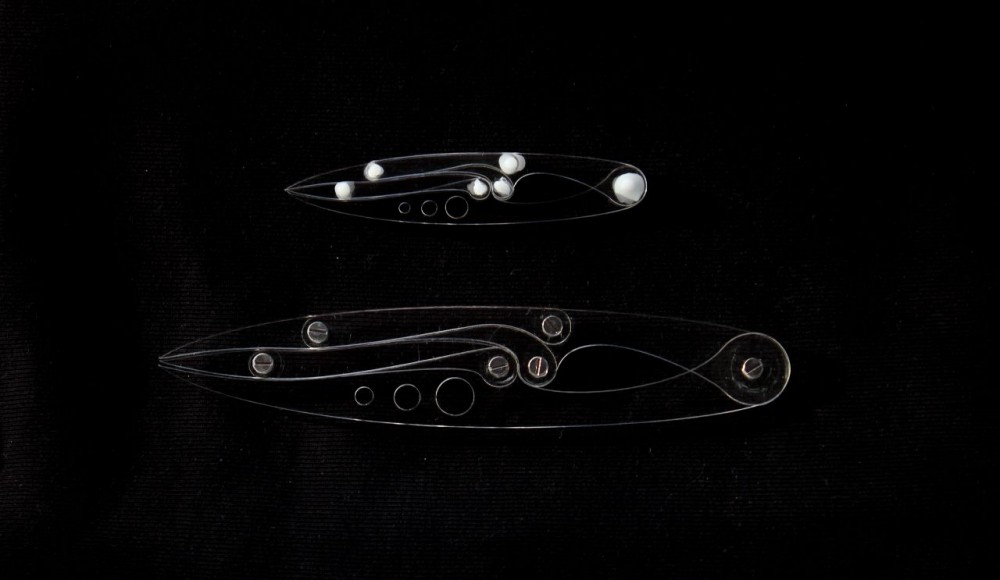 I’m trying a variant where one rivet fits behind another so the tips touch. Not sure if it works… the tolerances need to be really really tight, so plastic isn’t a very good material – or at least I haven’t found a way of doing it. The thing about steel and rivets is that they expand to fill the hole, so the tolerance is tiny fractions of a milimetre.

Which is quite cool I suppose – remind me of a nautilus for some reason – odd, because they don’t look anything like a nautilus. Still, there you go.

Actually, I think I know where it comes from – there’s this view-finder thing that I think belonged to my dad… or… sometime. 1950s Sci-Fi, and one of the discs is 2000 Leagues Under The Sea… 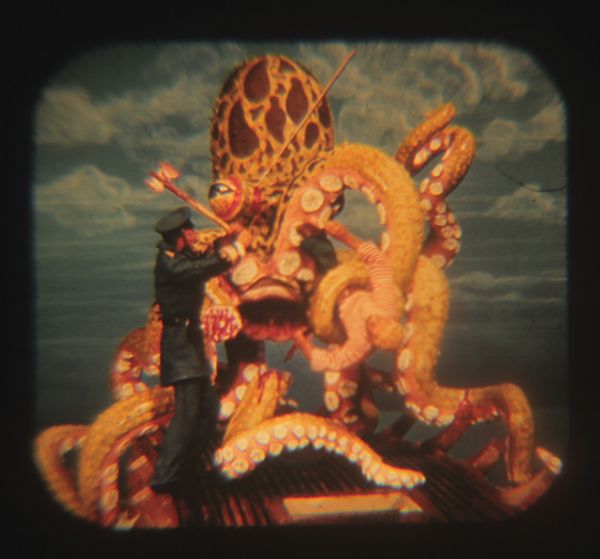 And Captain Nemo’s ship is called The Nautilus 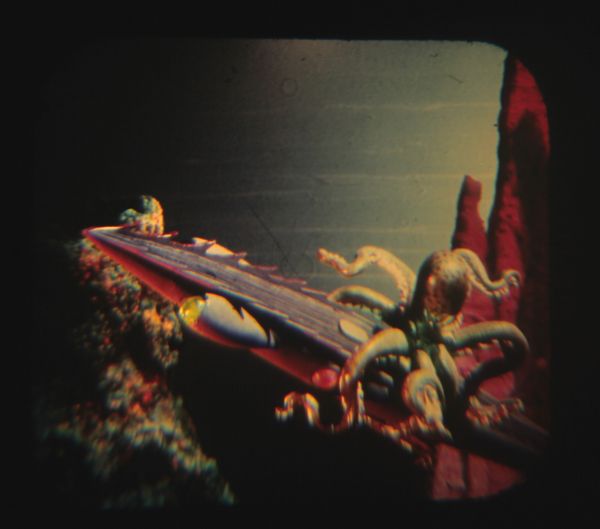 I photoed these just now by holding one of the eye-holes up to the light. In real life, they’re 3D. Very strange feeling. Antique 3D Technology of a future that’s already in the past… and it wasn’t actually like that.

Anyway… will see how the steel versions of these shape up. I’m still not 100% convinced. They look pretty cool closed up, but don’t really have the dynamic tension that I’d like to see when they’re opened.

See how it goes I guess.