There was a load of fuss last year when this 13 year old invented this solar-array that got better results than the grown up ones, and all the blogs (that pretend to be all “green”, but really only exist to sell advertising) reported it as fact, then it turned out he’d measured the wrong thing etc etc…

… well, the grown-ups appear to be having a crack at it themselves. 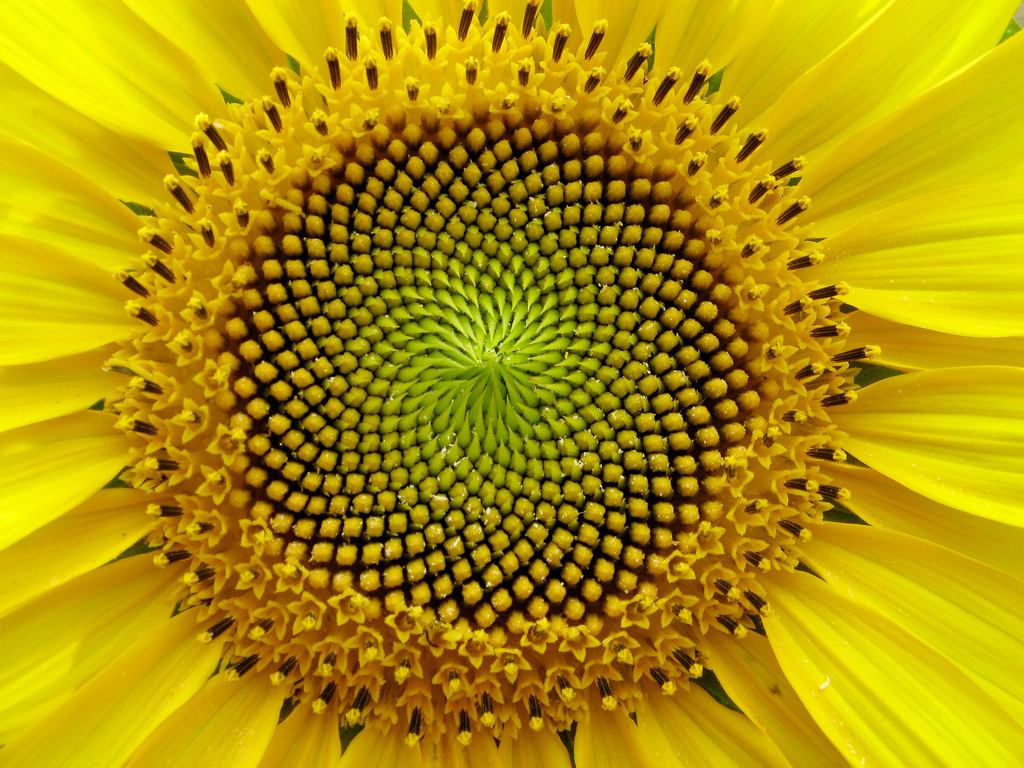 And apparently they’re using the same configuration as sunflowers… which probably makes sense, if you’re not physically tracking the sun. Some flowers do… I don’t, on account of being a largely nocturnal geek.

According to the article, this array configuration increases efficiency by .36%, while also reducing its land footprint by 15.8%… which um… doesn’t that mean an increase in efficiency of 16.16%? I would have thought so.

It does probably make sense, because that is actually what a gazillion years of plant-evolution has managed to do… although flowers themselves aren’t actually optimised to photosynthesise… so maybe it doesn’t make sense after all… and it probably isn’t the only thing, because the other thing that nature does without fail, is to have a huge variety of competing species, rather than a single flower that takes up 3,600 sq miles. Is it me, or is that totally insane? Biodiversity people – it applies to tech.

But I digress… another application of Fibonacci.

December was the busiest Golden-Mean-Caliper month in the busiest year ever, and I’ve sold out of everything. January… everyone’s on holiday, so you can’t get anything done. Lots of plotting and scheming and dreaming up new designs has been going on. I sold a huge number to cosmetic surgeons an the end of 2011… so I’m designing a set specifically for their needs.