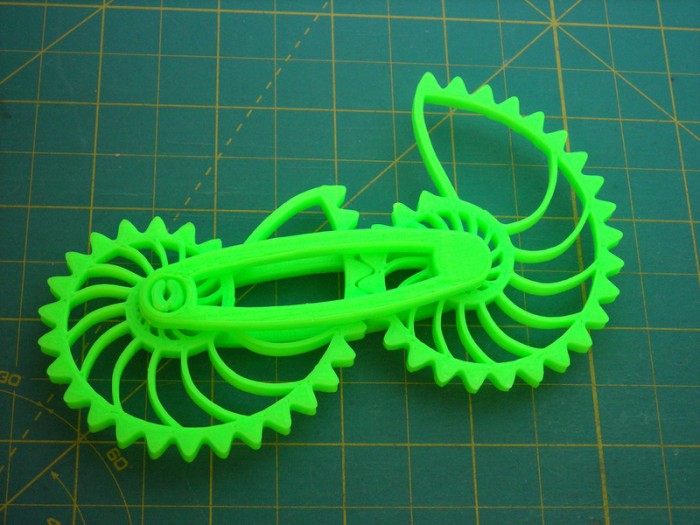 “A logarithmic spiral, equiangular spiral or growth spiral is a kind of spiral curve which often appears in nature. It is related to Fibonacci numbers, the golden ratio, and golden rectangles, and is sometimes called the golden spiral. The logarithmic spiral was first described by Descartes and later investigated by Jacob Bernoulli, who called it Spira mirabilis, “the marvelous spiral”.” – from makerbot

These can be programatically generated using a script created by Dr. Laczik Bálint… and has been included on a “daily prints” list for teachers, which is a good idea as well.

… which has been seen 2.6 million times… which I find quit amazing.

There are millions of these on Youtube now… cog/mechanism videos. It’s a bit like what people used to say about The Velvet Underground… they might not have sold the most records, but everyone who heard them, started a band of their own.

That’s kindof what the internet is for. I think.