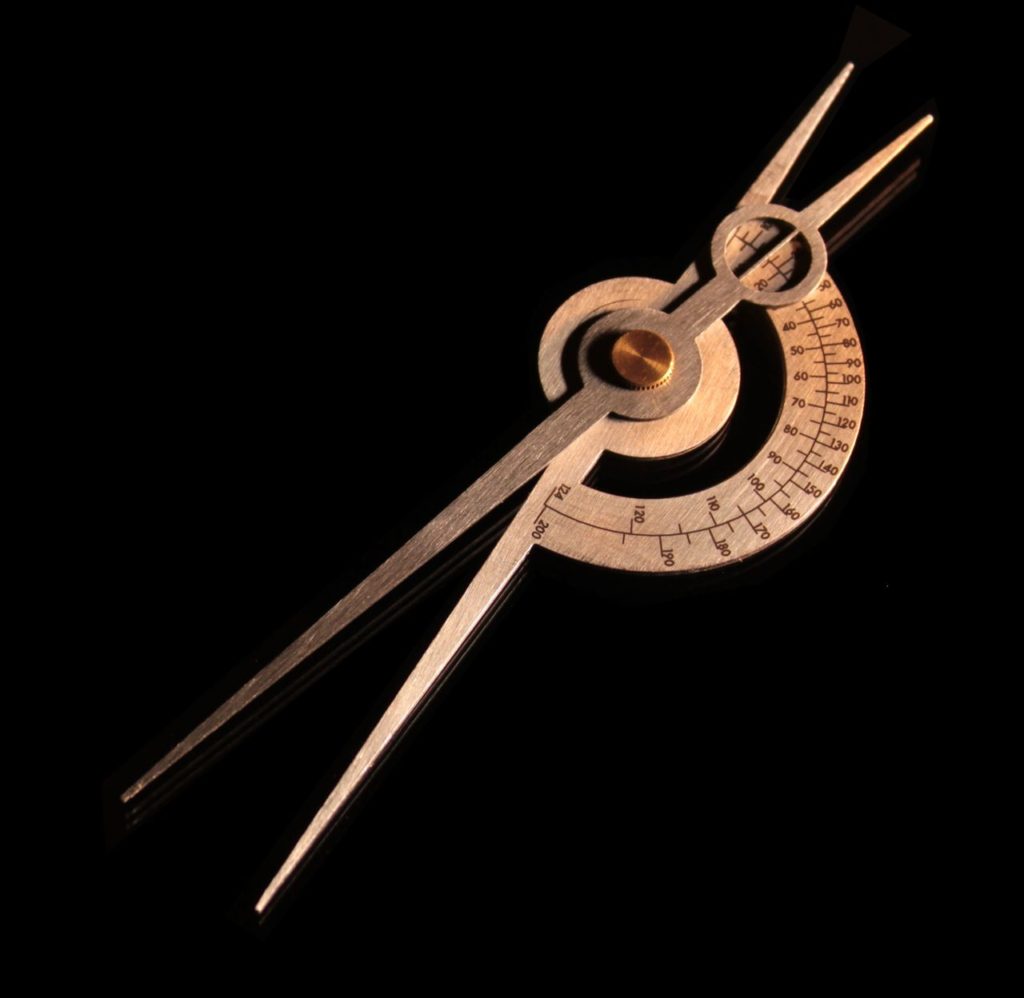 For a while now (eg, about 2 years) it’s bugged me that the calipers I make can only measure down to a certain size – rather than all the way down to zero. I made hundreds of designs… nothing worked terribly well… but eventually a design turned up which caused the complexity to shrink (which is a good sign)… going from 5 parts to 2. 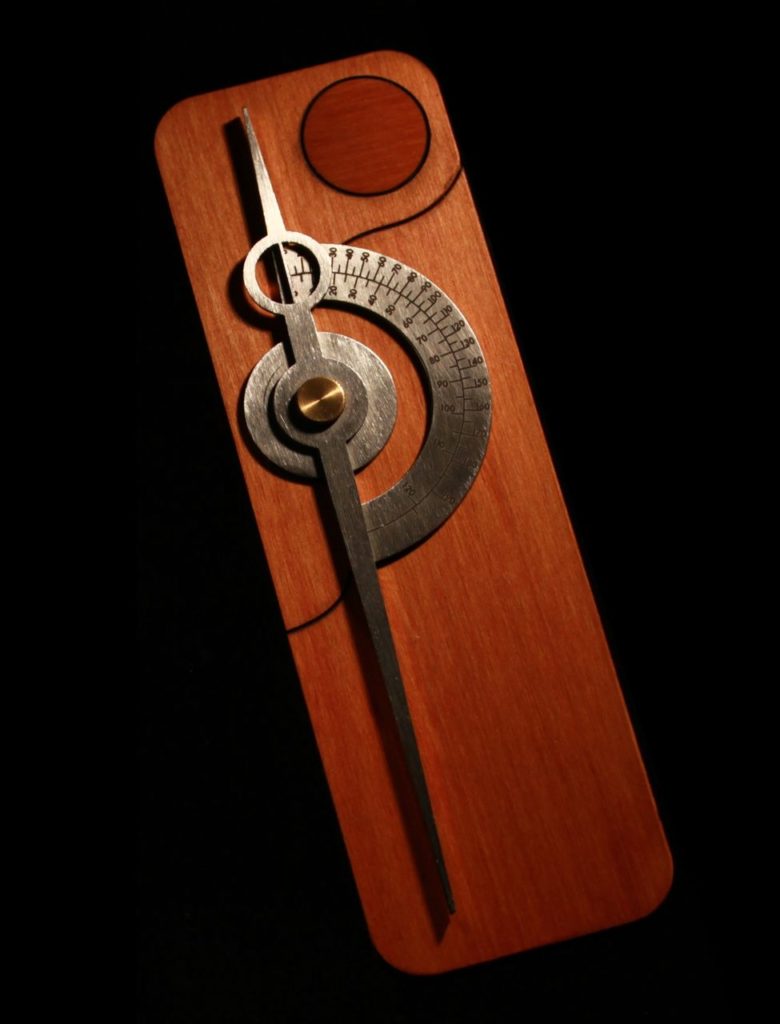 Complexity reasserted itself in the shape of a scale and case… 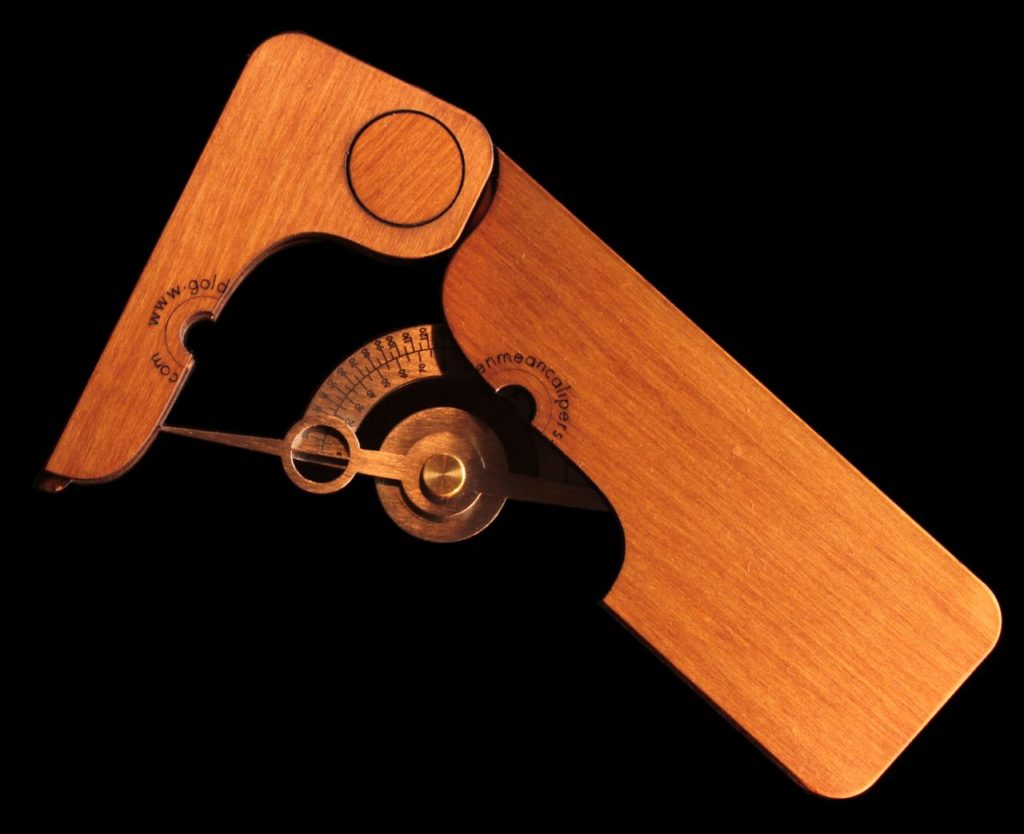 I generated the scales (both inches/mm) by writing a PHP script that generates SVG (zipped script here)… SVG can be imported straight into Inkscape… tweaked, then into the laser-cutter – which can also etch, using Cermark spray.

Cermark Spray is fairly crazy stuff – costs about $150 a can – a type of muddy water-based paint, but when it’s lasered, it winds up being harder than burnt-on rice. It is actually harder than the steel that it’s fused to.

The two parts are held together with a brass binder-screw… which can be tightened, and which allows the pieces to be separated if you want to change from millimetres to inches. 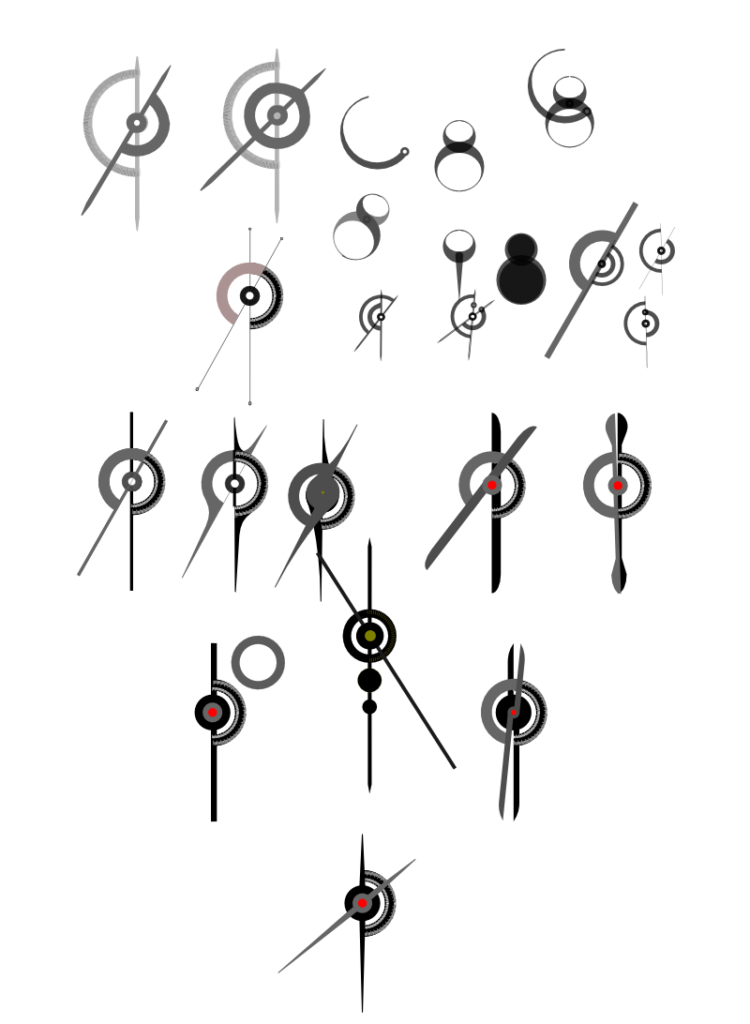 but really, the nautilus calipers, and the 5-piece Star-Calipers were all leading to this design.

So hopefully people like them :) – available in the shop under “cool and unusual” 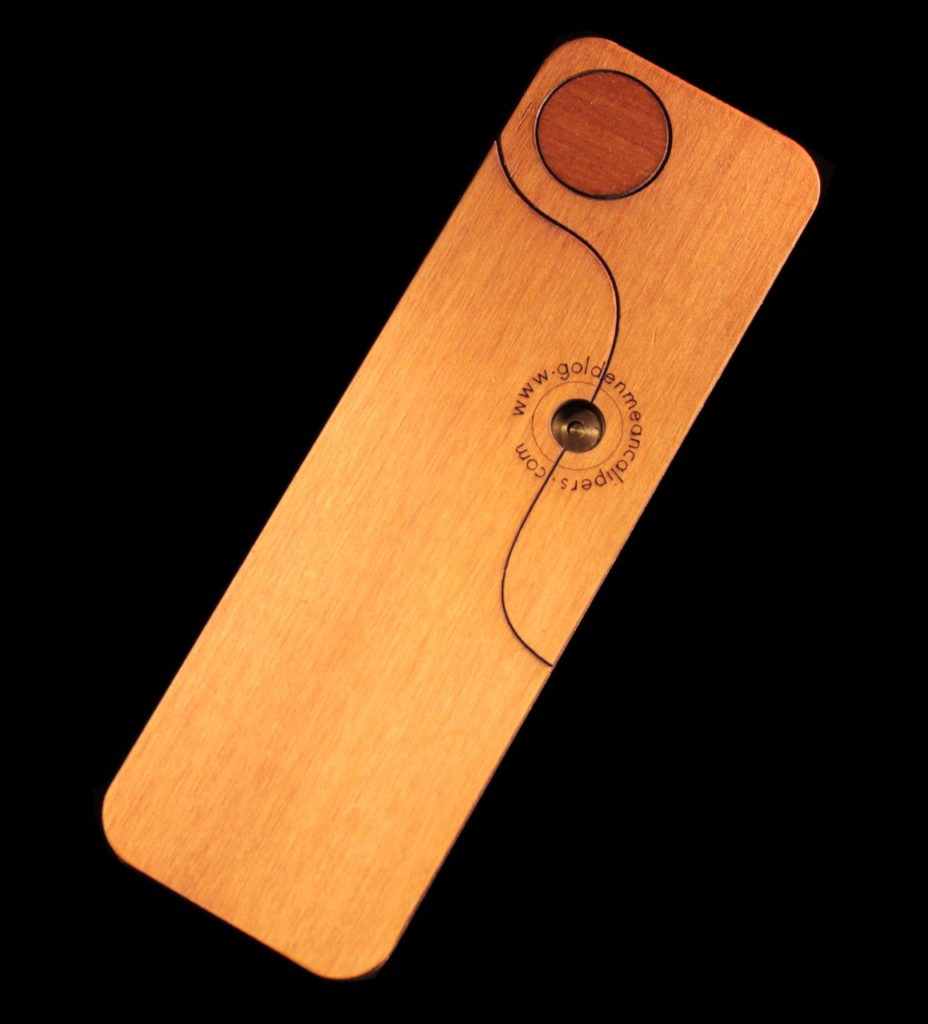 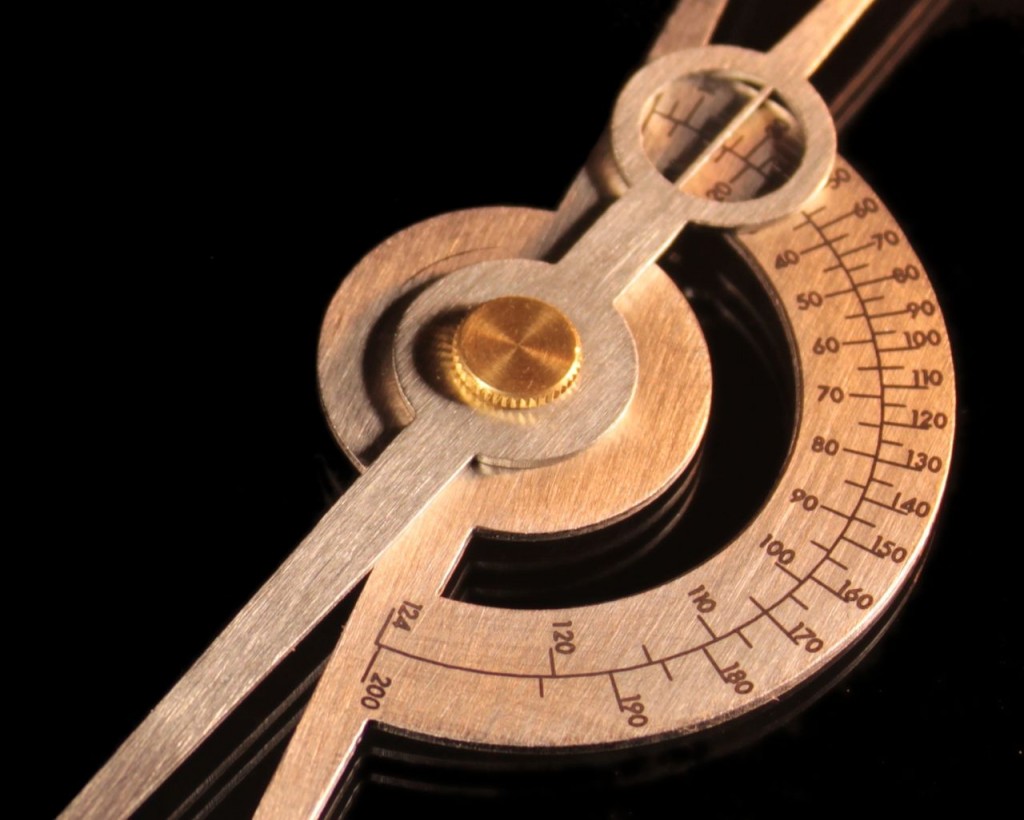